This last week of summer

Yes it is. It is the last week of summer. And it has been..unexpected. a crazy interesting week with extreme highs and lows all mixed together. Its been a love/hate week but I just wanted to share a few neat things that kept me afloat.

Jack Johnson - I thought i'd miss it because of Oregon.. but i didnt! It was an amazing concert. He was so good live... the best song he played was either "Do You Remember" or "Bubble Toes" He's top 5 musicians for me and I had the time of my life with my best friends. The tickets were super cheap for us once again because my bestie haydog has an awesome dad named Stan Johnsen who just happens to be the best ticket broker Utahs ever seen. He hooks us up and sometimes when i go over to his house he gives me a Cherry Vanilla Hansens soda which hold a special place in Stans heart..
I'm sorry but i dont have any pictures of the concert due the fact that Im an idiot and forgot my camera...

but i do have a picture of a hansens Cherry Vanilla Soda. 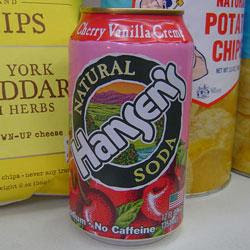 This week me and my friends have been playing poker. With chips and everything but not for real money because we arent rich or stupid. Although the temptation is just around the corner. uhh yeah so yesterday I was bored and I decided the plastic lame poker chips we were using were kinda gay..

So i fixed the problemo.. went to good ole K-Ma-part. K-mart* and bought me a legit poker set. I'll prove it to you. See we dont mess around. The poker team consists of: Dillon, Hayden, Christian, and Cameron. We compete against each other right now.. but give it a solid five to ten years and we'll be like the team on 21. 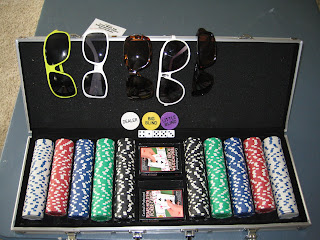 Sunglasses not included, but like i said, we dont mess around. We wear sunglasses while playing. It makes bluffing harder to read.

Moving on to today.

Sarah and I went shopping. It was great I spent too much money, but I dont regret it.. We hit up just two stores. Nordstrom Rack, and American Apparel. They are far away but going there once in a while is well worth it because you'll enjoy your purchases and the clothes make your moneymaker look goood.
We also went to hard rock cafe, ever been? its neat.. but expensive!

Tonight.
I am going to a free concert with Sar + Drin. Two people who are arguably the coolest people ever made. The concert will feature Broken Social Scene. Ever heard of them? Neither have I. But i'm going to take sarahs word and assume they are great because she us usually right when it comes to music.
These are the people. 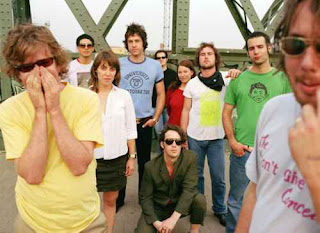 That pretty much wraps up what I felt like sharing. If you have any questions or concerns you can email me at Cameronryther@hotmail.com or send a fax to 801-523-2510 that will be sent directly to Sandy's LSR Allstate Agency where it will be recieved by me.
published by Cameron at 15:15

First of all you were dumb again and forgot your card this time. therefore all the pictures you took, which was 2 are on my camera. secondly now you have to include me in the coolest people ever because now that you have met me surely i am. and the end. oh and hi cam.

How was the concert? Radiohead is coming to LA in a week I think...

Hansen soda, they give those out for free over here in the studio. Life is so sweet :)

I truely envy the life of Tyler William Carter. Also... Ali you are my top favorite coolest person of all time. I like crack addicted hyper twenty year old female friends they are my fav. lets not make this a one time deal eh?