Energy drinks never seem to fail me. They always put me in the best mood. For instance I had a headache in my ethics class because we kept watching film clips of random romantic comedies. When I finally got out of that hellhole I went and bought myself a muffin along with a rockstar. Now i'm on top of the world just listening to my philosophy teacher talk about welfare fraud. His voice is like a mixture between fergie and jesus. When he talks I feel like I'm hovering over the entire class just watching everybody discuss abortion. Its angel like. 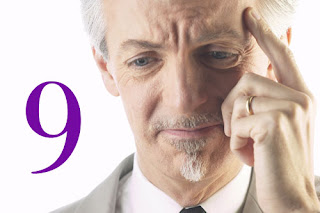 Steve - Was leavin the airport the other day and he ran into a cement pole and totaled his car. It is unfortunate and I feel terrible about it.. he had no ride home from school yeserday so he had a marines recruiter guy take him home.. but the marines guy didnt take him directly home he took him to the marines office where steve started a ruckus and pissed them all off. (go steve, they need to be taught a lesson) Yes.. they fight for our counrty god bless them but the recruiting officers are ridiculous. They come to high schools and say

"hey if you join the army we'll give you a boat with several attractive women on it and 20 grand instatnly! and you never have to do anything life threatening! all we ever do is play, play, play!"

You'd be a fool not to take that offer right?

I HATE Franklin Covey. They have taken over haydens life. He schedules everything in his sacrid life changing planner. He will no longer hang out on school nights.. he has started eating salads every night and he actually does his homework instead of procrastinating. He used to be a "wing it" guy but this stupid leatherbound planner has changed his life for the worst. I'm not sure if he'll ever recover.

Keith leaves for the MTC in 2 weeks. His farewell is this sunday. :(

The Boston Celtics are having a great year. 35-9 is where they are at. Pretty amazing. yet they are in third place right now behind the cavs and the Magic. Celtics V Magic tonight but of course Im working so I wont be able to view that nailbiter. They should still be first but they kinda all got hyped about christmas and lost about 7 games in a row. I forgive them though because christmas was exciting and that egg nog really takes a toll on your physical condition.

The inversion is terrible though. Hilary Clinton. It's worse then I've ever seen it. Go up to snowbird and look down at the valley... You'll never want to come down that long and windy road. Worst of all it gives me terrible headaches that wake me up at 2 in the morning only to find a red flash coming from my blackberry. When I check my phone its a message from sarah saying

"hey i hear the inversion is bad.. is it giving you bad headaches?"

What is the biggest problem facing the world today? I'll leave you with that to ponder.
published by Cameron at 09:24

my life is better now because of this blog. thank you

Once again, you are so random but so hilarious! Love the picture of you in the baseball uniform. You look great!! Have a great day and an amazing week!