Stephon Marbury Can't Just Waltz In Here Off The Streets.

Stephon Marbury. A pistol packin' gangster, trouble maker, poor sport, loser, with a lot of basketball talent and his very own cheap line of "starbury" shoes. 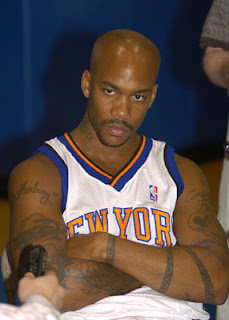 The reason I write a blog about this waste of space is because he just signed with my favorite team, the Boston Celtics. He is one of the most talented athletes in the NBA but he hasnt even stepped foot on the hardwood this year, or last year even, because he didnt want to play for a losing team(New York Knicks). Isnt that a bit ridiculous? The New York Knicks, One of the most respected teams in the NBA.. is paying this punk tens of millions of dollars a year to play for them and he just sits there? Its a DISGRACE. He should have been banned from the NBA. 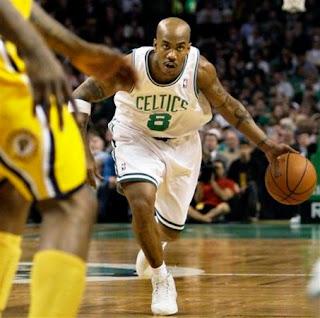 Anyway.. So New York gladly handed him to the Celtics recently. I'm willing to forgive Stephon if he contributes to the Celtics and stops whining. But as of right now, I'm disgusted that my team would even pick up such a punk. He better start playing basketball like he used to before he turned into the worst person on earth.

And for his "starbury" shoes. I own a pair. They cost 9$ at Steve & Barry's. They look semi cool so why not get a pair? 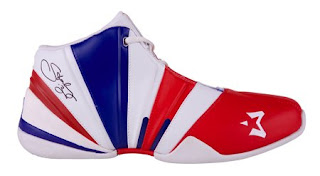 cameron. i wil comment your blog. i hope he makes the celtics proud. just so you are happy haha

I think he is going to be just as much a punk thug as he is now. It is just a matter of time before he gets himself into some type of trouble and then you won't have to worry about it anymore! I don't like those shoes. But I like you. Okay byeeee.

did i take that picture above? that is a great picture.